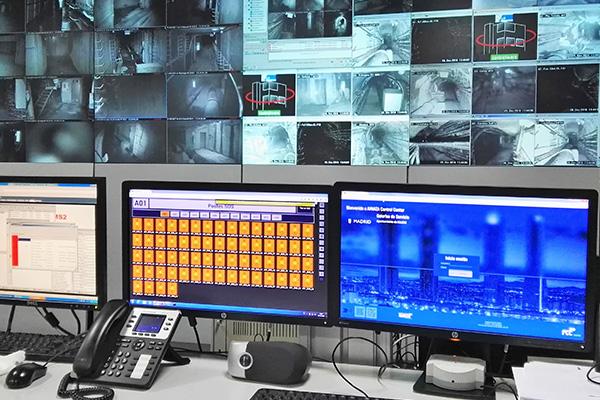 The Control Systems unit of the Systems Division of FCC Industrial has a history of more than 25 years leading the development, implementation and maintenance of management and control systems that initially focused on the traffic area. Throughout all these years, the experiences and needs that arise in environments where monitoring and action on devices in critical infrastructures and their management have been collected. In this way, ‘turnkey’ projects have been built and implemented which, to this day, have also been applied to environments other than the traffic area. Little by little, more sophisticated tools and systems have been developed as technology has evolved. This is how Avanza Control Center has emerged, hereinafter AvanzaCC.

AvanzaCC is a general purpose telecontrol platform that aims to respond to all those environments in which the control and management of devices is required, providing some added value. With it FCC Industrial has wanted to offer its contribution to the world of Smart Cities.

Success story: Management of the service galleries of an urban area

The city of Madrid has a network of about 160 kilometers of underground galleries where infrastructure of some gas, water, electricity and telecommunications companies are housed, thanks to which they are providing their services to citizens.

The system has been provided with a specialized module for the management of licenses and authorizations granted by the City Council to the corresponding companies, which allow access to certain galleries and at specific times to carry out the installation and repair of the infrastructure by personnel of these companies, personnel of subcontracted companies or employees of the maintenance company. It also enables the registration and control of the people who access the galleries, the licenses and access cards involved.

The system thus managed allows us to offer a better service of the maintenance company of the galleries, optimizing the tasks to be performed thanks to the planning of the work teams. The platform was implemented under a virtualized scheme with high availability in case of failure, prepared to be erected in an existing backup control center in another location to continue from there with the control of the galleries if necessary.