The LNG terminal, located in Pori on Finland's west coast, has just been officially opened. The liquefied natural gas terminal in Pori is the first of its kind in Finland. The storage tank, constructed by FCC Industrial, has a capacity of 30,000 cubic metres, which equates to an eight-story apartment block.
Send Print 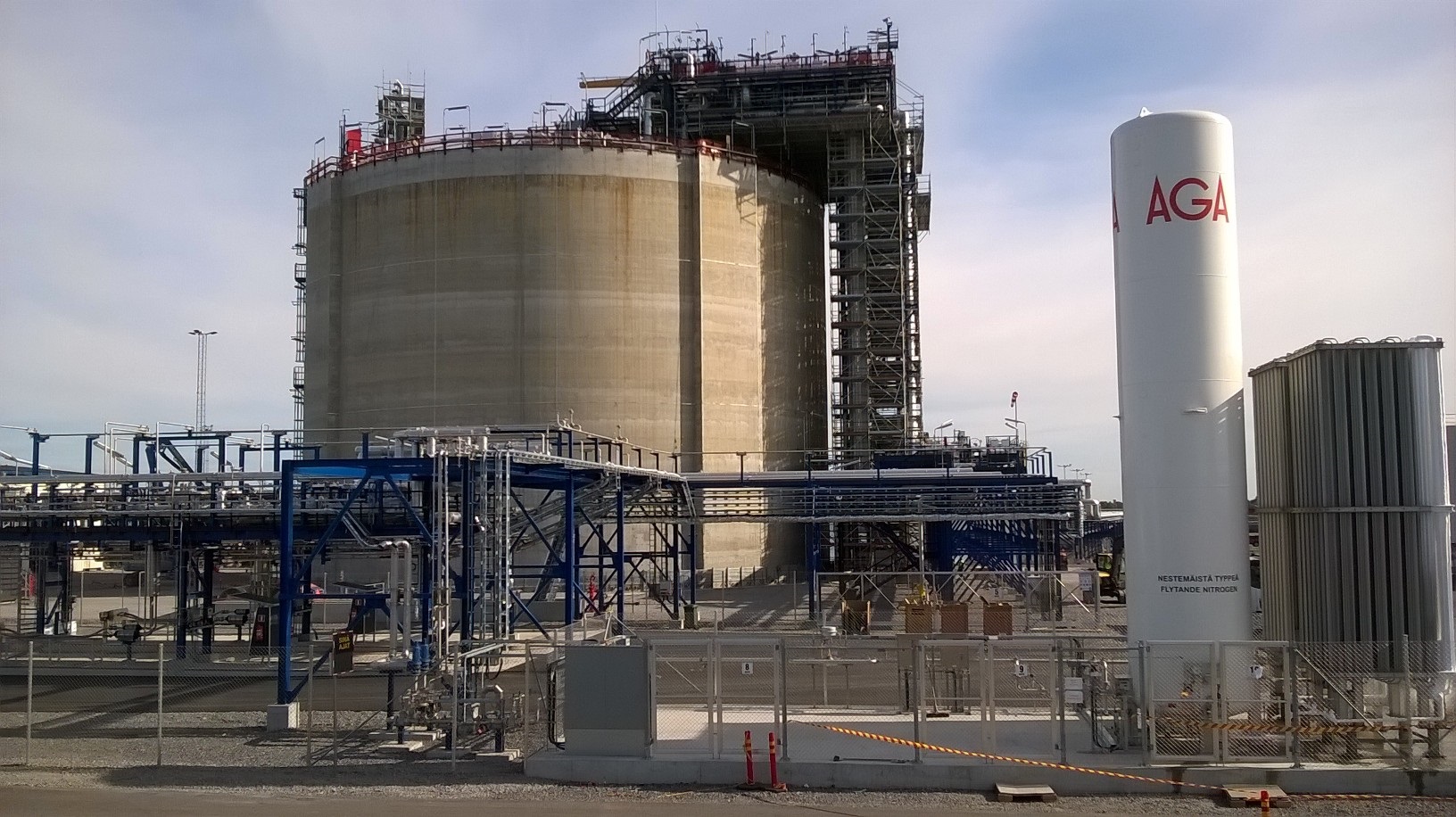 Madrid, 14 September 2016. FCC Industrial has participated in constructing Finland's first liquefied natural gas terminal. The subsidiary company of the Citizen Services Group constructed the storage tank for the plant in Pori, on the west coast of the Nordic country.

FCC Industrial participated in building the plant, which was officially opened on 12 September, after it won the contract to design, construct and start-up the 30,000-cubic meter storage tank, measuring 35 metres in height and 42 in diameter. The contract also entailed carrying out all the other auxiliary services required to operate it. The contract was worth a total of 30 million euros.

The LNG terminal includes loading docks, two process units (compressor and vaporisers), three loading docks for trucks, a heat production unit and other supplementary installations and constructions. The terminal is connected to a 12-km gas pipeline that runs to the liquefied natural gas network.

The new terminal and the LNG tank were constructed in the envisaged 24-month timeframe.

With this new reference point, the division of FCC strengthens its international presence in terms of industrial projects and exports the 30-plus years of experience it has in constructing and starting up hydrocarbon (oil and gas) storage and transportation facilities in Spain for the leading energy companies, such as Enagás, Gas Natural Fenosa, CLH and Repsol, etc.

FCC Industrial has constructed seven LNG storage tanks with a capacity of 150,000 cubic metres. Of these, four were constructed in the regasification plant in the Port of Barcelona, two in the facilities of the Port of Musel in Gijón (Asturias) and one with seismic protection in Cartagena. These form part of the interesting design, construction and start-up portfolio of industrial works.

In addition to these seven LNG storage tanks constructed in Spain, FCC Industrial completed the expansion project on the vaporisation capacity of the LNG terminal in Quintero (Chile) towards the end of 2015. This new infrastructure, which took 17 months to complete, has led to a 50% increase in the Terminal's capacity to inject natural gas into the pipeline network, amounting to 15 million cubic metres per day. Furthermore, it has doubled tanker capacity, which is up to 2,500 cubic metres per day. The expansion represented an investment amounting to 30 million dollars.

With this infrastructure, FCC Industrial has increased the LNG intake, unload, storage and regasification capacity. The terminal currently supplies natural gas to central Chile, which includes 600,000 household and business clients, 400 industrial clients, 2 refineries and 9 thermoelectric plants. As such, GNL Quintero has become the first LNG terminal in the Southern Hemisphere.

With these projects, the company supplies energy to citizens and industries, fostering local economic growth and strengthening market synergies, all under a sustainable and socially responsible development framework.