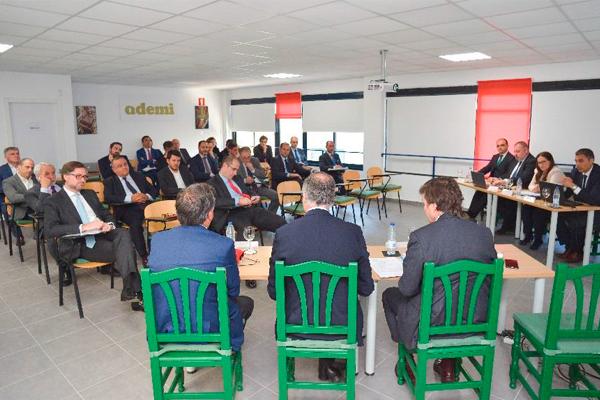 FCC Industrial participated in the Ordinary General Assembly of Ademi (Association of Engineering, Assembly, Maintenance and Industrial Services Companies), held last April 19 at the offices of the Association.

In the development of the Assembly, the previous minutes were read and approved, the chairman informed those present of the actions developed by Ademi, the management report and activities of the Committees of the Association were exposed in the fiscal year 2017, as well as its Objectives and Activities for the year 2018; the 2017 economic report was presented and approved as well as the 2018 budget. Finally, the Association's Board of Directors was renewed.

At the end of the ceremony took place the practices in Fire Extinguishment and Rescue at height, with a subsequent lunch attended by the Secretary General of Industry and Small and Medium Enterprises, Begoña Cristeto, and the President of CONFEMETAL, José Miguel Guerrero.