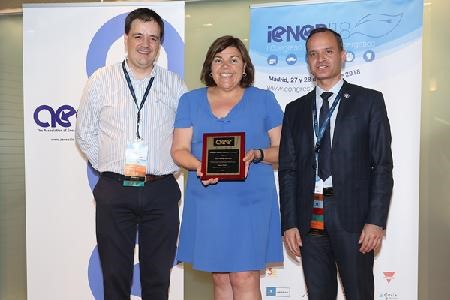 Nuria Gallego (FCC Industrial) has received the "Best Energy Engineering" award from the AEE Spain Chapter, in recognition of excellence in energy matters.

The awards granted by the Association of Energy Engineers are intended to recognize the excellence of the work of professionals, organizations, and companies by colleagues and other professionals in the energy industry.

The entities, professionals and award-winning companies have been:

Special mention requires the award given to Nuria Gallego, technical director of FCC Industrial, awarded for the achievements in the development and promotion of sustainable energy and energy efficiency, as a professional in the energy sector. 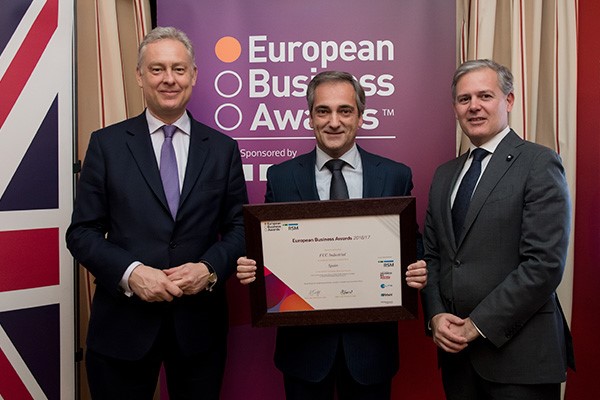 FCC Industrial received the national award of the European Business Awards, in the category of Environmental & Corporate Sustainability, in an event organized by EBA and the international consultancy RSM. On behalf of FCC Industrial, he received the Guillermo Martinez Ochoa Award, Director of Engineering and Development of the company.

The event took place at the official residence of the United Kingdom Ambassador, where numerous international and national companies attended, such as Leroy Merlin, Santillana, ICO (Official Credit Institute), Borges, among others.

The ambassador of the United Kingdom, Mr. Simon Manley, thanked all the companies for the effort made to achieve this award, and encouraged them to continue establishing and developing commercial and business relations with the United Kingdom.

We protect the environment

The company operates and maintains since 2012 two thermosolar plants of 49.9 megawatts at the rated power hour each. Both were designed and built by FCC Industrial, and constitute a milestone that reflects the contribution of the company to sustainability and energy efficiency. Between both plants they supply more than 30,000 families, which translates into a population of 70,000 inhabitants.

In the Guzmán thermosolar plant, sustainable practices have been implemented, delving into the environmental policy implemented at FCC Industrial. In the evaporation pond, nesting points were created for species such as "Ciconia nigra" and "Phoenicopterus". Access and exit accesses for birds were also created. All these measures have made possible the growth of the local populations of black storks and flamingos.

Finally, in the division of integral rehabilitation of buildings, it continues to combine criteria of sustainability, energy efficiency and profitability. Proof of this, the company obtained, in its work CPD Murcia, one of the highest LEED scores in Spain and Latin America. In addition, in the last months it has been possible to certify the integral rehabilitation of the buildings of Paseo Castellana 278-280 (Madrid) with the gold category. 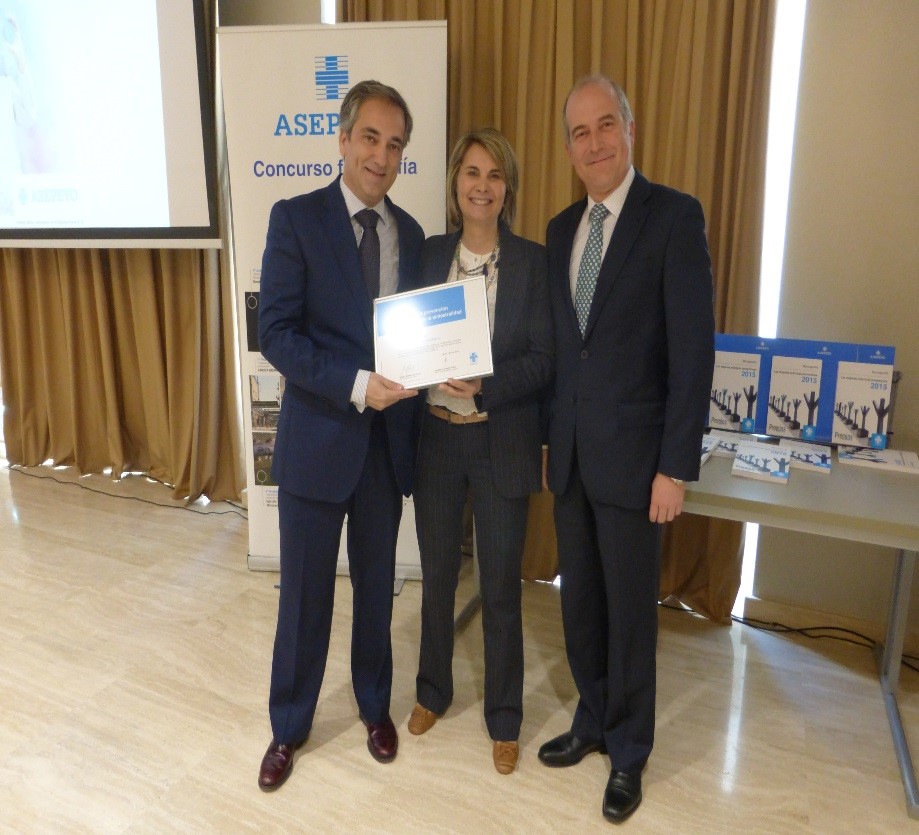 FCC Industrial has been awarded in occupational health and safety in the framework of a conference organized by Asepeyo and the Community of Madrid. In particular, the work developed in the field of safety and health and in the reduction of work accidents has been valued.

In the event, organized by the mutual Asepeyo and the Community of Madrid, the "excellent" management that the company develops in this area was recognized. FCC Industrial was represented on the day by Guillermo Martinez Ochoa, director of engineering and development and Manuel Aragonés Fernández, head of the occupational health and safety department, to whom he presented the Lourdes Meléndez prize, general deputy director of social security planning.

With this recognition, Asepeyo, as a mutual collaborator of Social Security, recognizes FCC Industrial's contribution to the reduction and prevention of occupational accidents, through quantifiable investments and the implementation of preventive measures, policies and practices. at all levels of the entity.